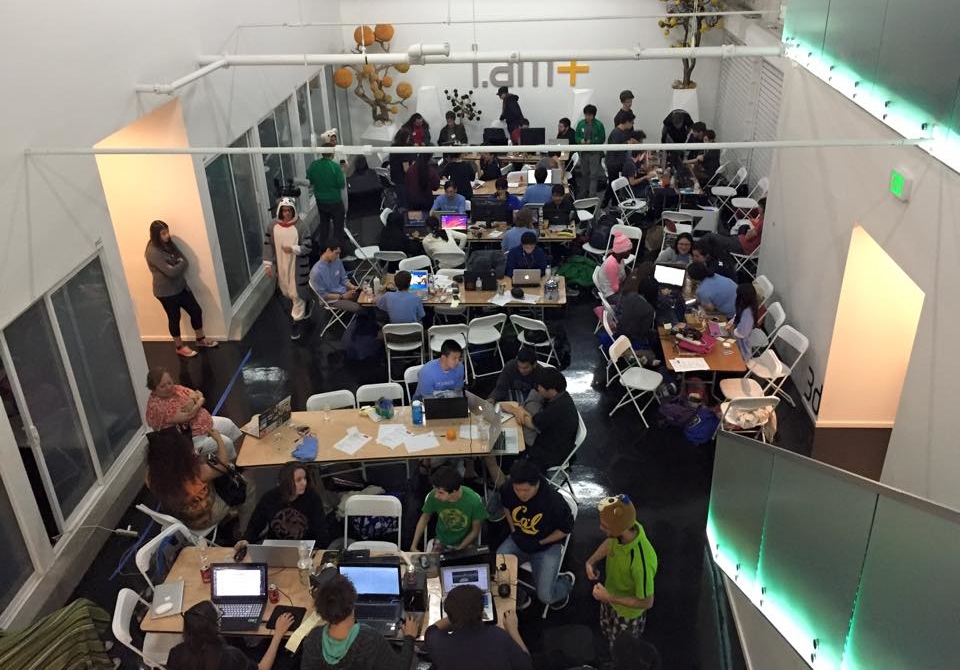 CodeDay is a nationwide hackathon series attracting thousands of high school and college students for 24 hours of tech innovation and collaboration. The youngest coder in attendance was 11 years old!

Coders arrived on Saturday to form teams and brainstorm ideas. While there were several students in attendance who had coding experience, many were beginners. Those who were new at coding got to attend workshops introducing them to various coding languages to get them started. Workshops offered included Unity, HTML and Android development.

In a workshop led by i.am+ engineers, students got the chance to explore wearable technology with will.i.am’s PULS smartband. Several PULS devices were provided for students who were interested in making apps for it.

This being a real 24-hour hackathon, students brought sleeping bags and blankets, but most stayed up through the night coding for their projects. Approximately 30 teams competed for the winning titles of Best Game, Best Program and Best Overall.

A team of two students, Owen Leddy and Jessica Cam from Wildwood School in Los Angeles won Best Overall program with a game created on Unity, a game development platform. Their game “Two-Button Space Ship” utilized math and physics to navigate a spaceship depending on the gravitational pull of planets. They based the physics used on Newton’s laws and created the spaceship trajectories using Euler’s method, then translated the laws into code!

As a tech entrepreneur and advocate for STEAM education, will.i.am was proud to host the event at his tech headquarters. “It made my soul smile,” will.i.am said in describing how happy he was to see the students’ projects. He even watched several of the presentations during the judging sessions!

See below for more pictures of the event. 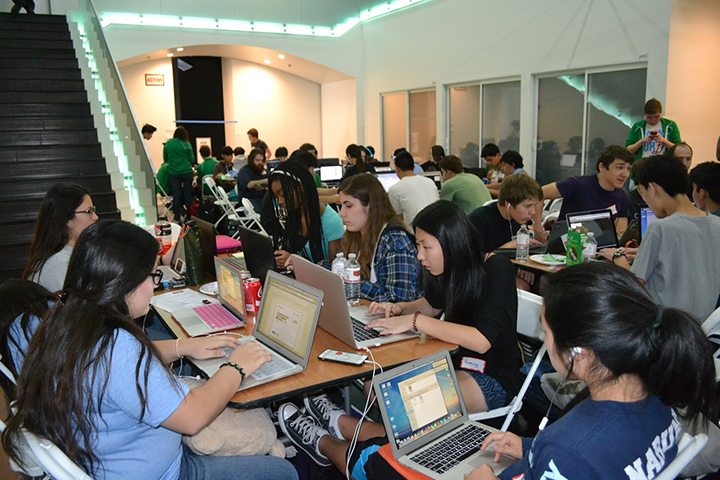 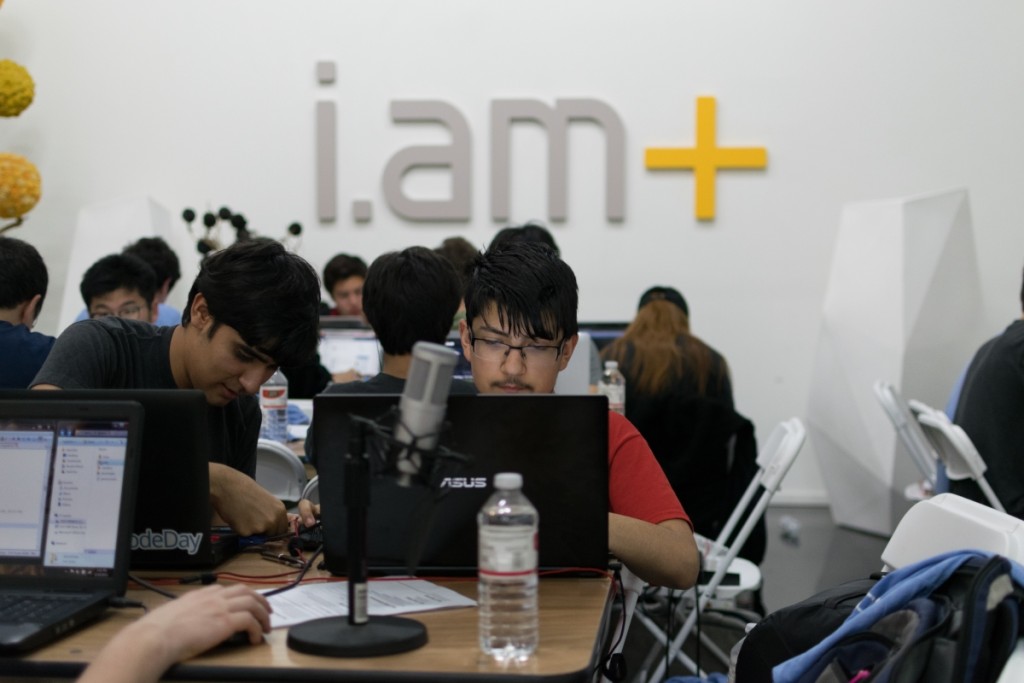 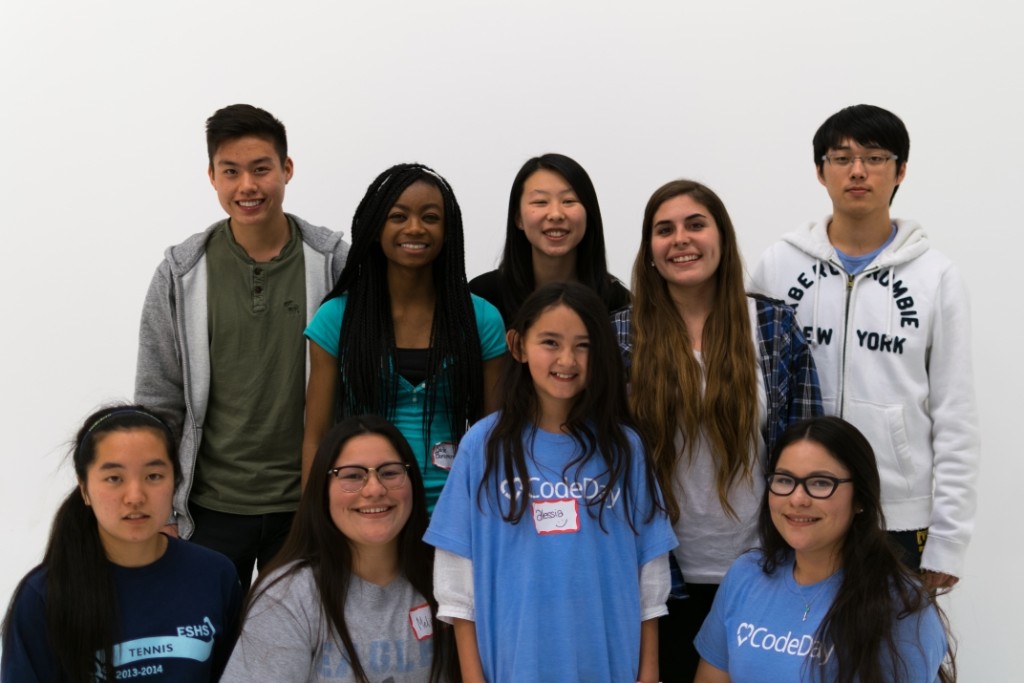 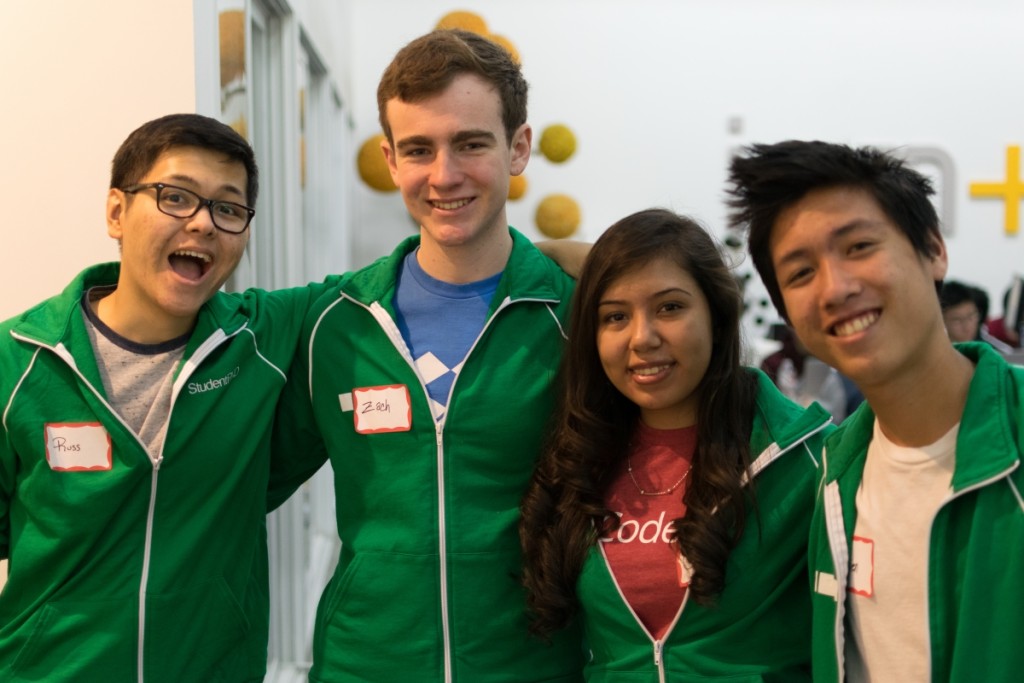