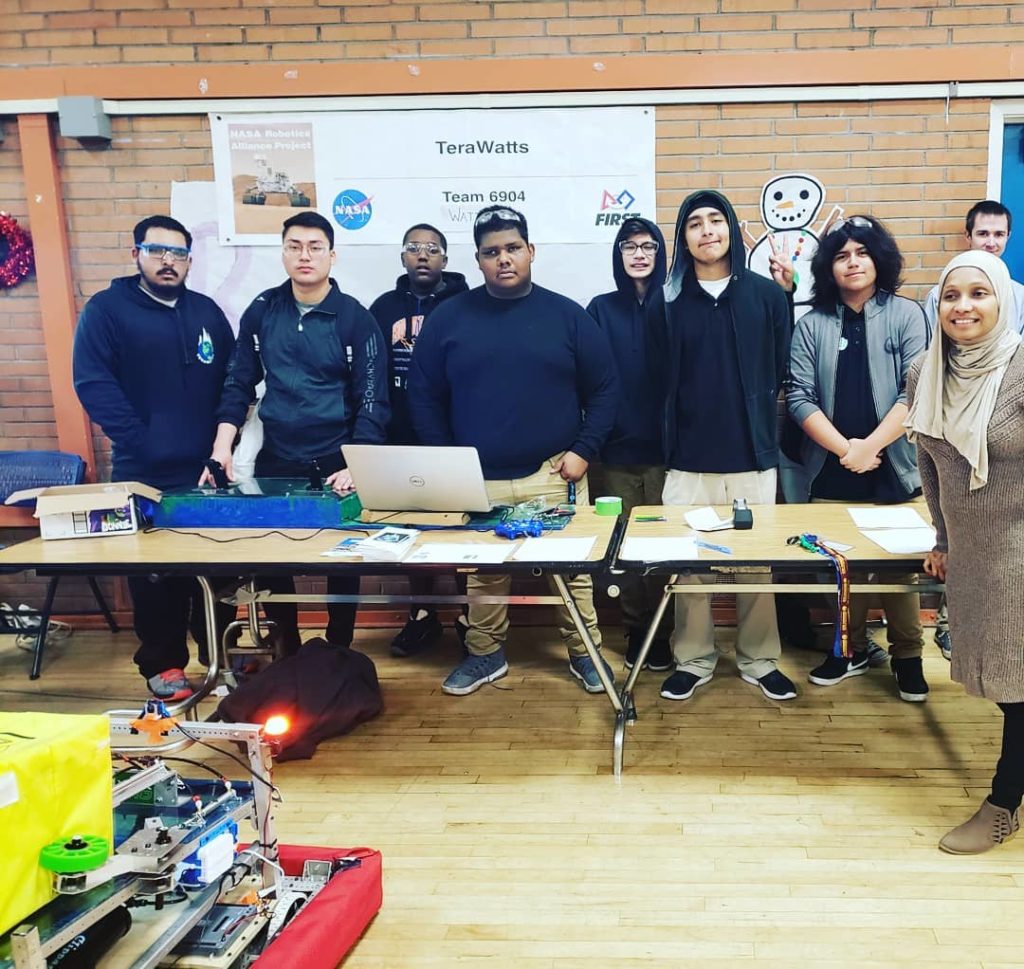 This year, a high school in Watts, CA got its first-ever student robotics team, with some help from the i.am Angel Foundation.

Animo Watts, located in the city made famous during the 1965 Watts Riots, provides free/reduced lunch (a poverty indicator) to 91% of its students.  With help from the i.am Angel Foundation, students in Watts now have the opportunity to build their own robots, and their own futures.

Mentored by aerospace engineers from nearby Raytheon, the TeraWatts go through the engineering-design process of designing, prototyping, testing and refining a competition-ready robot.

The team’s students competed in the FIRST Robotics Competition Orange County Regional in March, with help from the i.am Angel Foundation to cover the costs of their registration.  There, they showed the world the innovation that Watts’ students are capable of, when given opportunity.

The team produced a video, “WattStar”, aimed at spreading awareness of their robotics team while dispelling stereotypes of low-income young people.  Set to the beat of Cardi B’s hit song “Bodak Yellow”, the video was a smash hit with other students in the FIRST Robotics community.  You can watch their video below, and you can check out  ABC7’s coverage of the TeraWatts here.