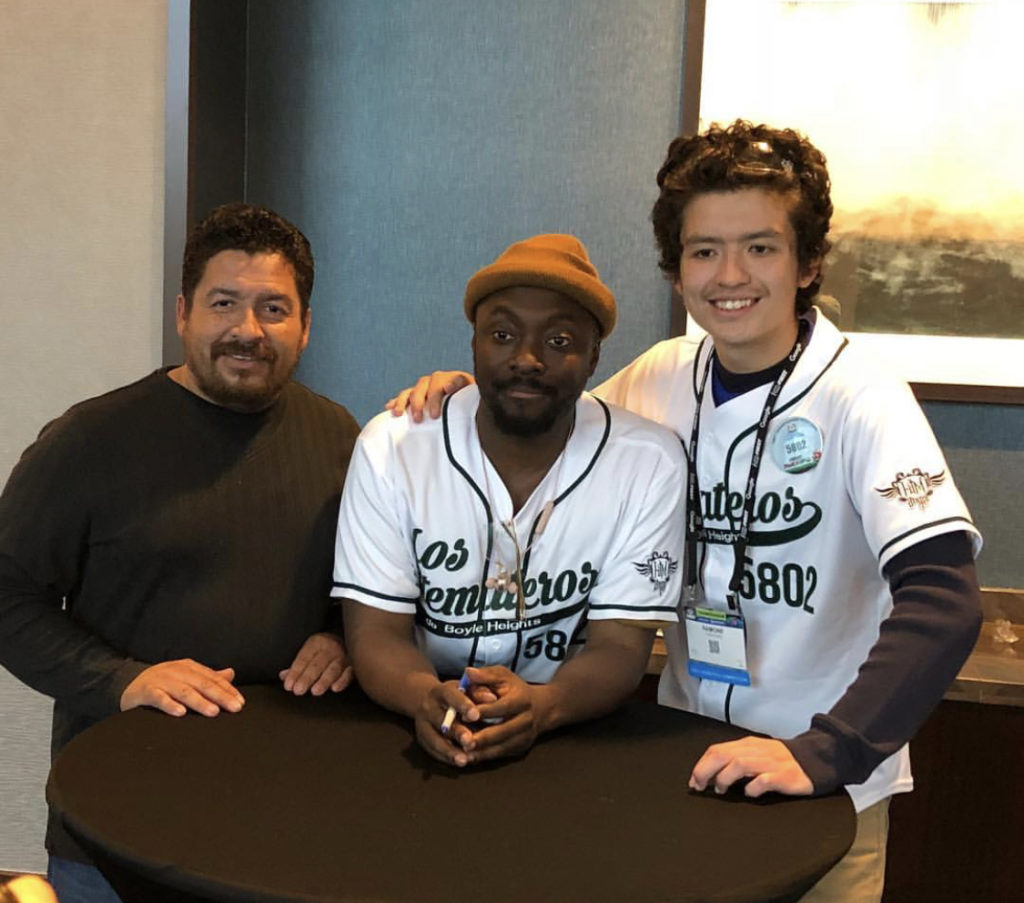 The i.am Angel Foundation has again awarded STEM scholarships to students for the 2019/2020 school year. This year, there were 13 lucky students who qualified for a scholarship. These students met the criteria which include being enrolled in a 4-year college or university, having declared a STEM major, and having been involved in one of our supported programs.

One of those lucky students is Ramone Andrade, a recent graduate from the STEM Academy of Boyle Heights High School. Ramone was a positive role model at his school and took part in many school programs, including the FIRST Robotics Competition team, JPL Invention Challenge, and MESA. Towards the end of the school year, Ramone received some wonderful news; he was accepted to UC Berkeley and would begin his studies come late Fall 2019. We recently caught up with Ramone to ask about his high school experience, and what he’s looking forward to the most in college.

The interview below was written and conducted by Kevin Balderrama from the STEM Academy of Boyle Heights.

i.am Angel Foundation: Why did you choose to go to a small high school?

Ramone Andrade: I chose to stay at the STEM Academy of Boyle Heights because of the teachers, and because of the personalization experience that I got from them. When I went to orientation four years ago, I got to meet some of my future teachers like Mr. Penuela and Mr. Magallon. They had spoken about the school with a lot of hope and a lot of passion, and a lot of interest. I felt that they were really excited to do the work that they were doing. And I liked their enthusiasm, I felt like I could match that if I went to their school and that’s the reason why I stayed. Throughout those four years I was engaged in a lot of different activities from FRC to student body government. I was always trying to match their enthusiasm and the way they applied themselves to their work.

IAA: Is the transition from a one building high school to a large university thrilling or daunting for you?

RA: Thrilling, I would even say exhilarating! Because it provides me a lot of potential growth that I can use to just build upon myself. I am excited about the diversity, in a university like that you get people from different walks of life. And I’m looking forward to experiencing that.

IAA: Did you ever see yourself going to UC Berkeley?

RA: I visited UC Berkeley once when I was a sophomore on a college tour led by Mr. Penuela. When I walked through Berkeley, I became acquainted with the campus very early. Even though I was looking at all the great research, I didn’t think that I would be going there. It’s not that I didn’t want to, it wasn’t my first choice even though it was a beautiful school. I didn’t think that I would be going there. But now that I’m actually going to be enrolled there I can see the fit, the way I can apply myself at that school, and I see how I can actually be comfortable because there are a lot of people that are ambitious and want to get things done. Berkeley recruits top notch students and that’s why they are so world renowned, I can see it.

IAA: How do you feel about leaving your family?

RA: I feel fine about it honestly, and my family feels fine about it too. With the exception of my mom who will probably miss me the most. My family is ready to see me leave, like my dad wanted me to move as far as the east coast. The further the better in their perspective. Berkeley is not too far though, it’s only a one hour flight, or a six hour drive. But all of them are happy to see me go.

IAA: Are you ready to be independent?

RA: Yeah I am. There is going to be a little bit of a growth curve where I’m going to be semi dependent on my parents, but I’m going to have to figure things out on my own. Which is something that I am ready to embrace.

IAA: Have you declared a major yet?

RA: I haven’t declared a major but I know which one I want to pursue. It’s a Data Science major.

IAA: Can you tell more about this major?

RA: Data Science is a relatively new field that was created because of the need for data specialist. What that means is that it’s usually a computer science specialist with a data background and they use coding to figure out patterns in massive amounts of data, to draw valuable insights. Those insights can be used for a public service like polling data. It could also be used to run a Fortune 500 company. So there are a lot of applications for data and I feel that in the future it’s going to grow, and turn into something that is very much needed. I feel that with my background in STEM and with my engagement with it at an early age, I can make this my career.

IAA: Do you plan on being social once you get to college?

RA: Of course! I plan on being very social. I plan on attending events, a lot of football games, join some clubs. Starting study groups early to have a support network. Berkeley seems daunting if you think about it as just you versus a whole university. But you have incredible students there that are ready to help you all the way. And I’m looking forward to making those support networks early.

IAA: What resources do you plan on using? i.e. the library, professors, office hours, etc?

RA: Definitely office hours. I watched YouTube videos of a Berkeley lecture on Data Science and a professor said that office hours count as much as two hours of lecture because it’s more personalized. It’s hard to make a small school feel big, but it’s easier to make a big school feel small. And you do that by talking to your professors and getting to know them. Another resource that I would like to use is the library. The last time I went to visit,  the campus had fourteen different libraries. Any book that you can’t find they would order it from another university so you can have it, and I appreciate that. The libraries have a very large selection. If they have career fairs a lot of companies are always recruiting, and I plan on attending those career fairs.

IAA: Do you plan on building strong relationships with your professors?

RA: I do. I think it’s very valuable because professors connect you with internships, future jobs, and research opportunities.They are professors for a reason, because they are the best in what they do. So with that in mind, I want to keep them in my back pocket as connections I can count on or even connections I can use to further myself because that’s what they are there for.

IAA: Do you plan on getting a part time job?

IAA: Are you ready to start studying at UC Berkeley?